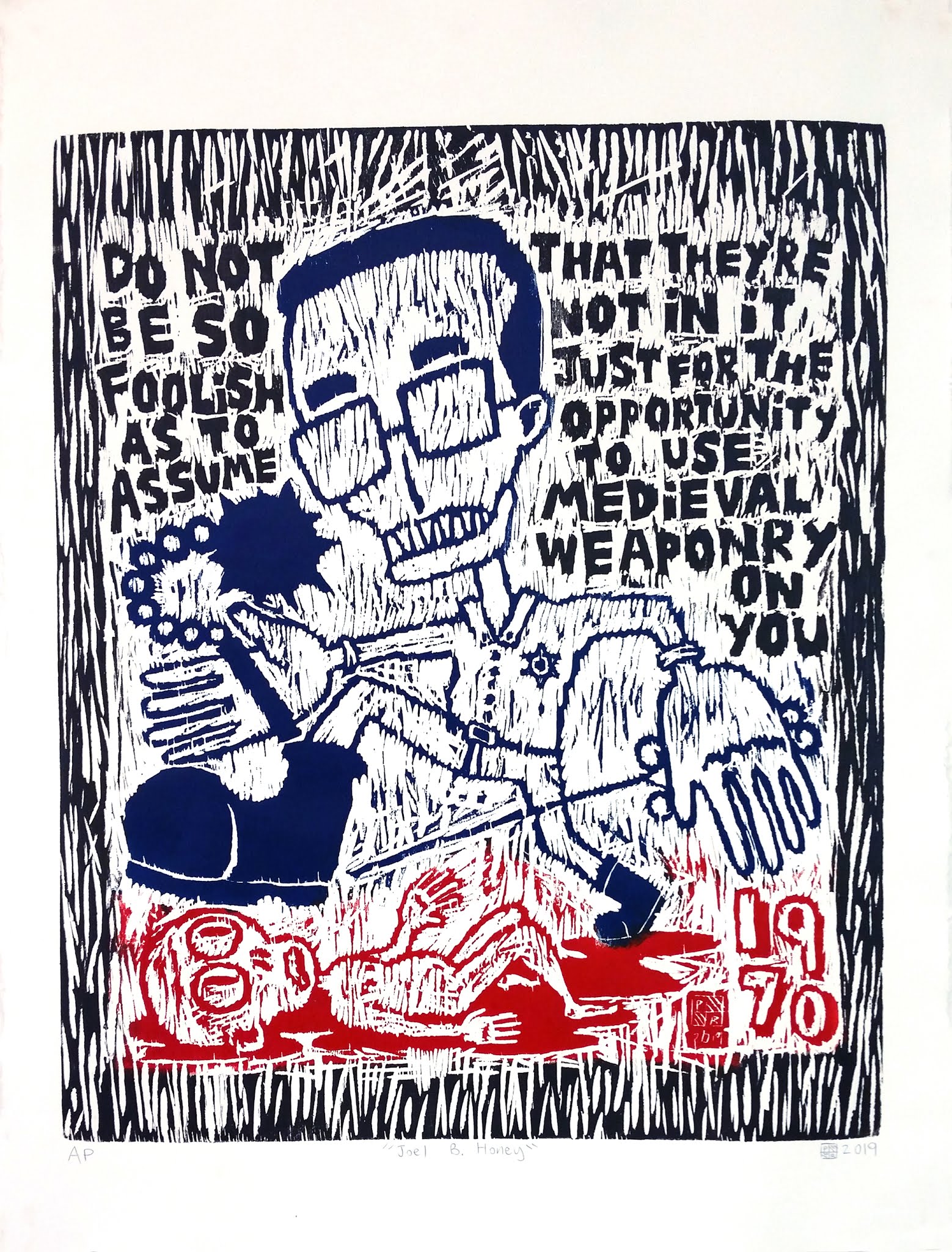 Joel B. Honey was the Santa Barbara Sheriff's Captain during the 1970 Isla Vista riots. When he was discharged in 1971, he was accused of a smorgasbord of illicit actions: striking handcuffed prisoners, firing tear-gas at rioters from helicopters, planting drugs on suspects, wielding a medieval sword and mace while on duty, and instructing officers to use unmarked (and thus untraceable) guns in the case that they opted to shoot students. Honey was reinstated in 1972, with full back pay.